You are here: Home / Fashion / Facts about Majori or Punjabi Jutti

Facts about Majori or Punjabi Jutti

The royalty of Punjab always praised the shoemakers for what they got out of them. In order to continue to wear the Majori in its original form the well-known families of Punjab still encourage the great grandsons of the royal shoemakers to work according to their capabilities and create magnificent pieces of art from their hands. 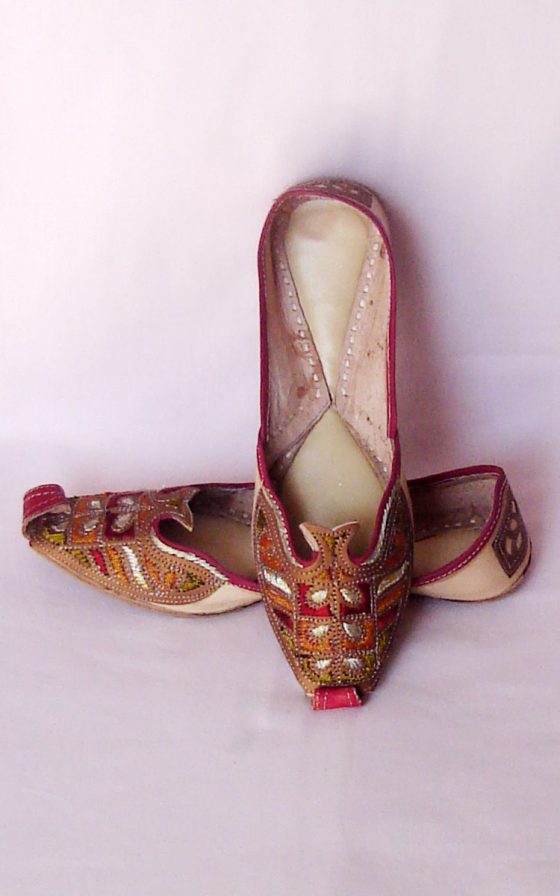 Certain historians who believe in gaining knowledge related to Punjabi traditions and culture believe that the evolvement of Majori or Punjabi shoes took place somewhere in the 19th century. The shoes were originally worn during solemn occasions like weddings by the kings of Punjab. However, with a development in age the shoes are now worn by all Punjabi men and women at their weddings.

The generations rule enclose within them several secrets related to these shoes. Certain tribal stories or folk tales exclaim the importance of these shoes in the lives of Kings. However, it is a believed fact that no Punjabi wedding is complete without the presence of a Majori.

However, keeping certain traditional aspects in mind the designers of the current generation have modified the designs of majoris to make it accessible to the local people. Therefore, both the bride as well as her bridegroom is bound by the cultural laws of wearing these shoes for their wedding lest a mishap might take place in the couple’s life after a final completion of their wedding ceremony.

Certain books and old images of majoris state that the first majoris made for Kings or rulers of Punjab were made out of soft leather, which would be painted and later weaved into a comfortable pair of footwear. However, it was necessary for all shoe makers to include sequences and stones in their piece of art in order to make it look royal and attractive.

Since Majori’s were meted out of the hands of royal shoemakers, only the sons of shoemakers who lived within the boundaries of the court were encouraged to learn the art of making the Majori or Punjabi Shoes. Probably since this art was encouraged by royalty, the elites of Punjab still believe in wearing them in their original form. 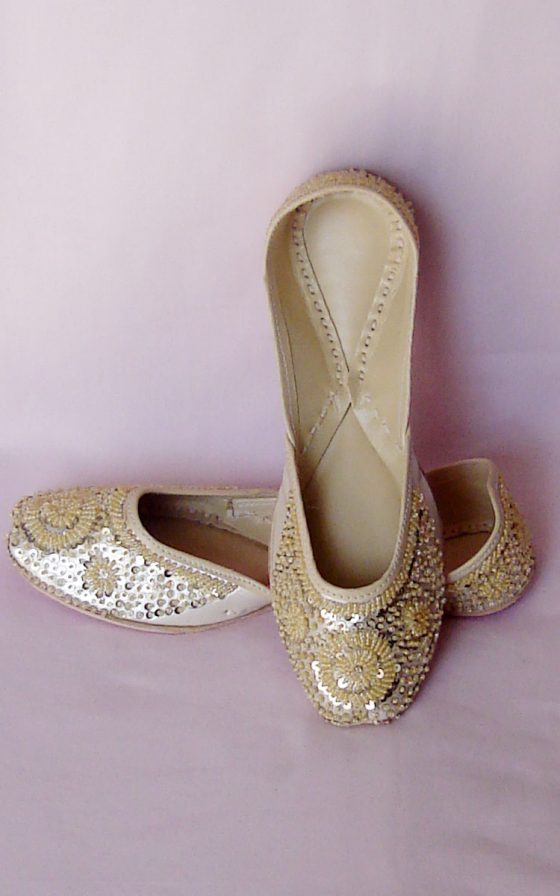 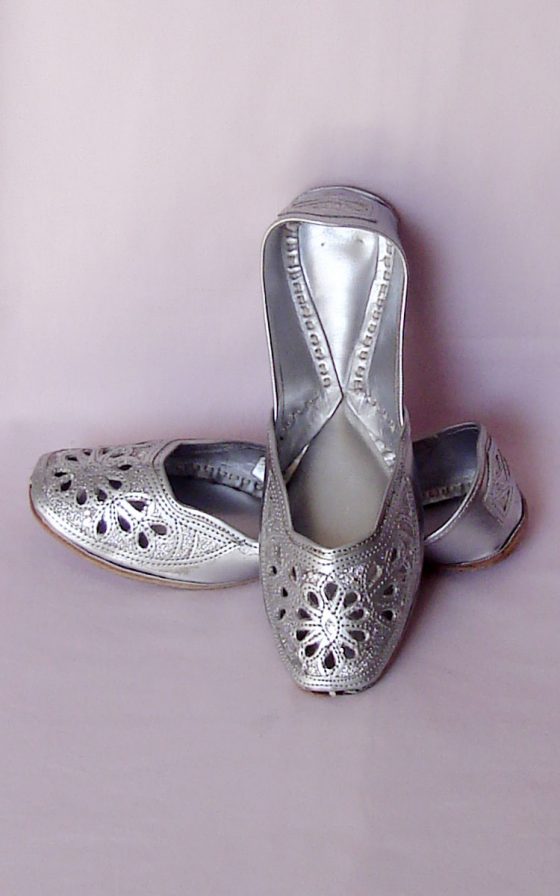 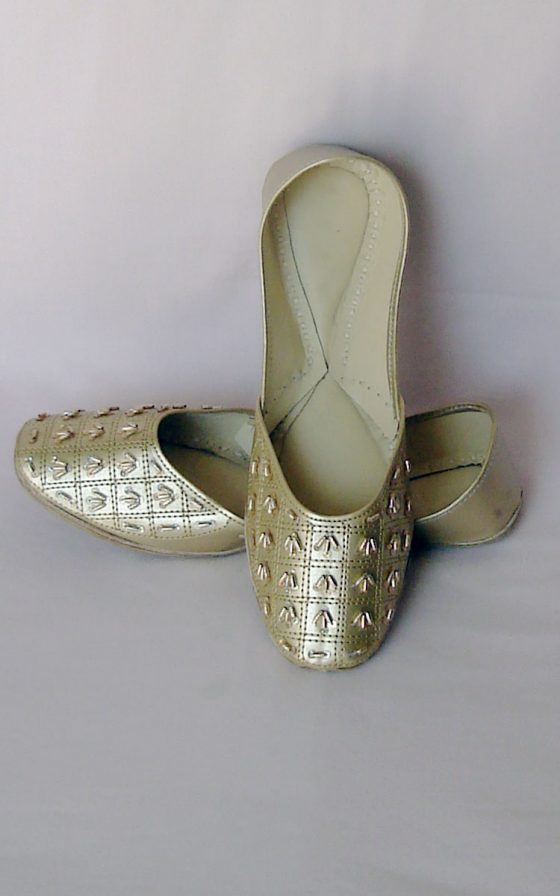 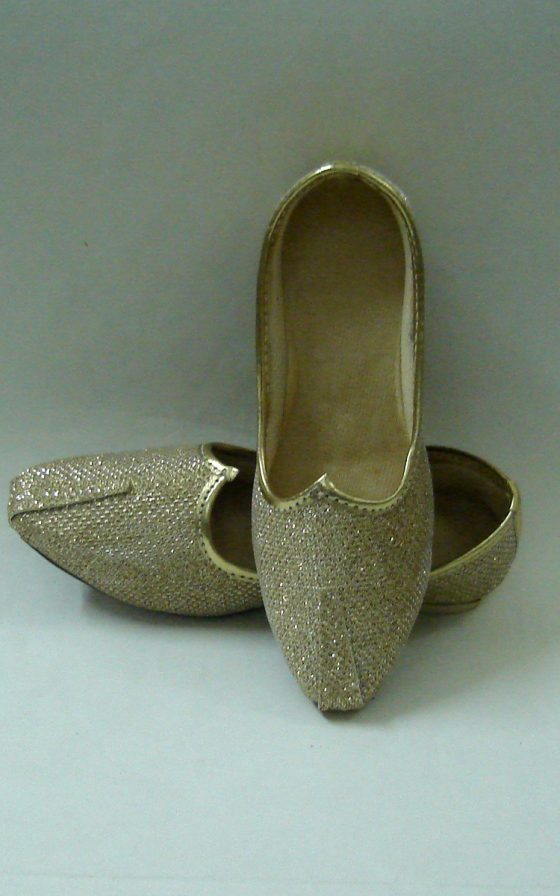 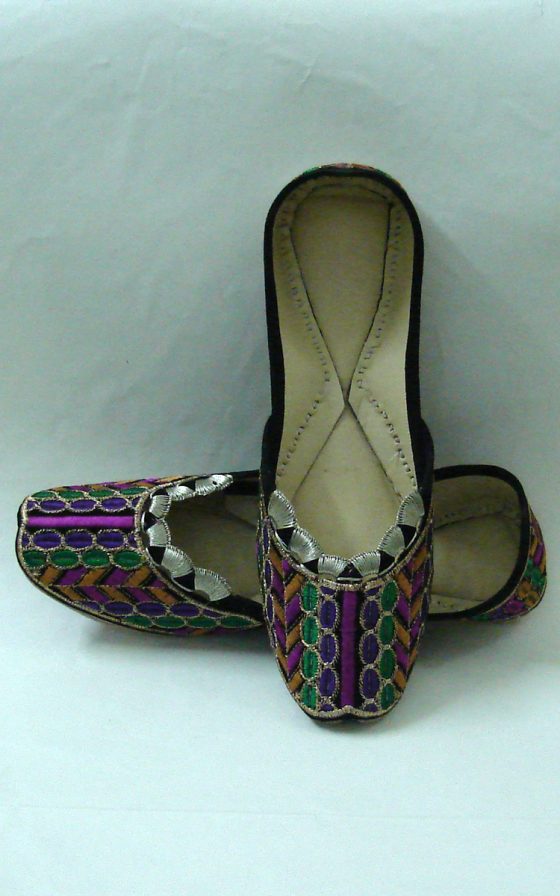 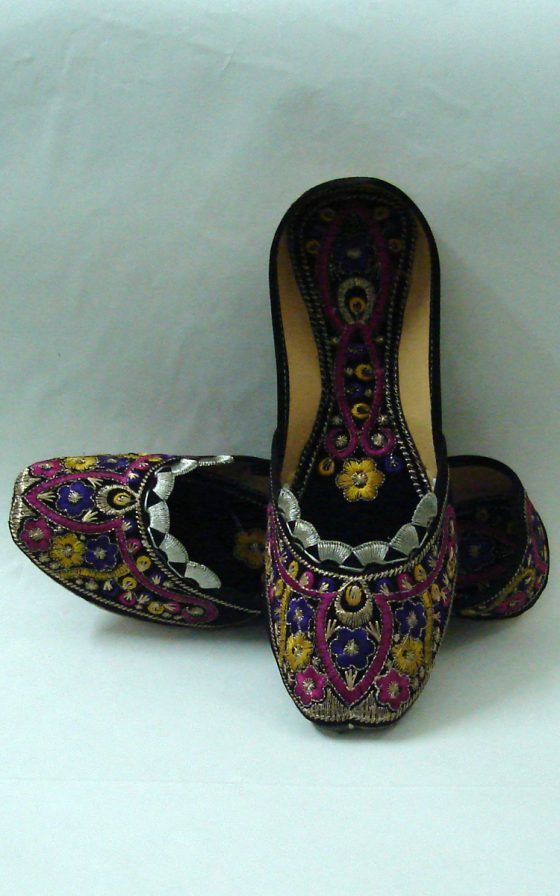 Previous: Rajasthani Kathputlis (Puppets) from KATHPUTLI.ORG
Next: The Fabric Of Our Lives – Cotton Fabric